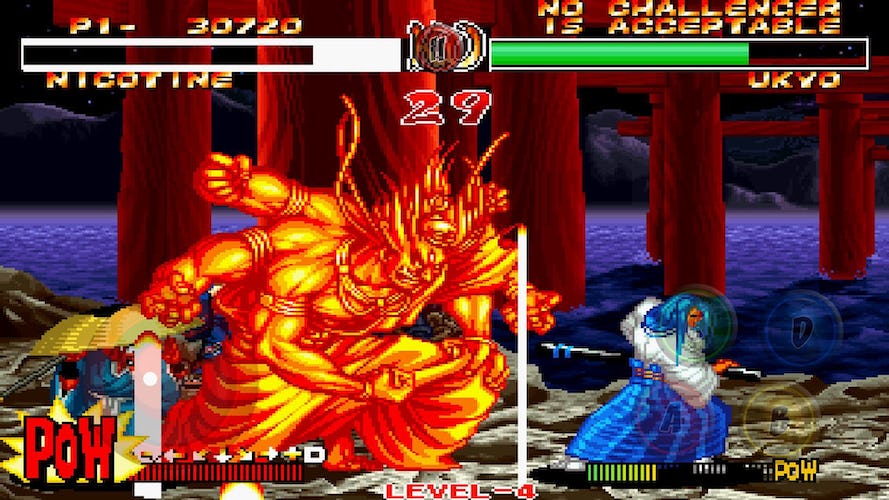 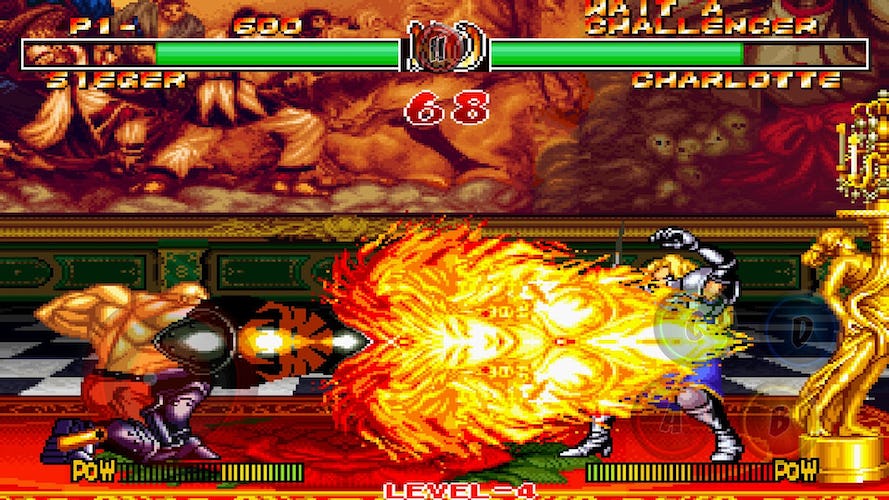 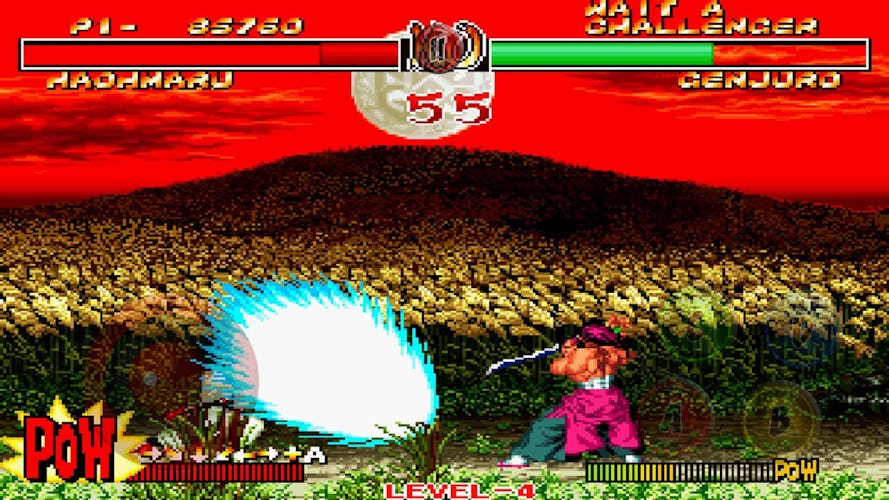 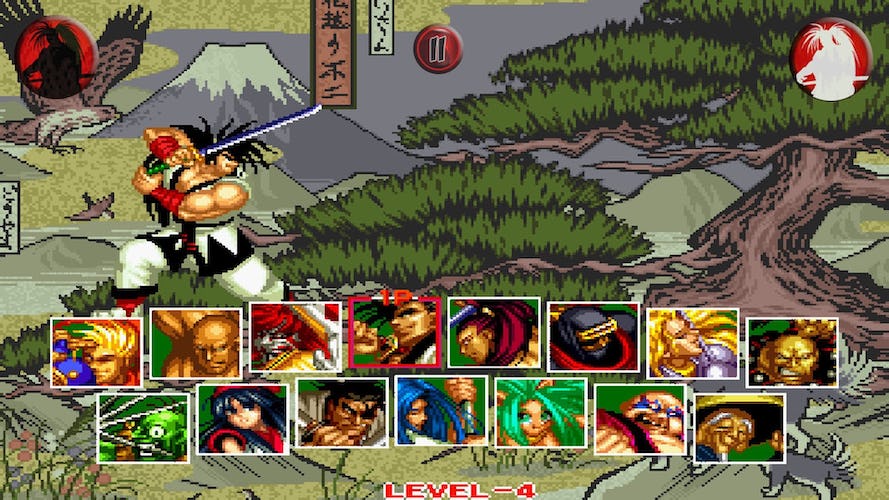 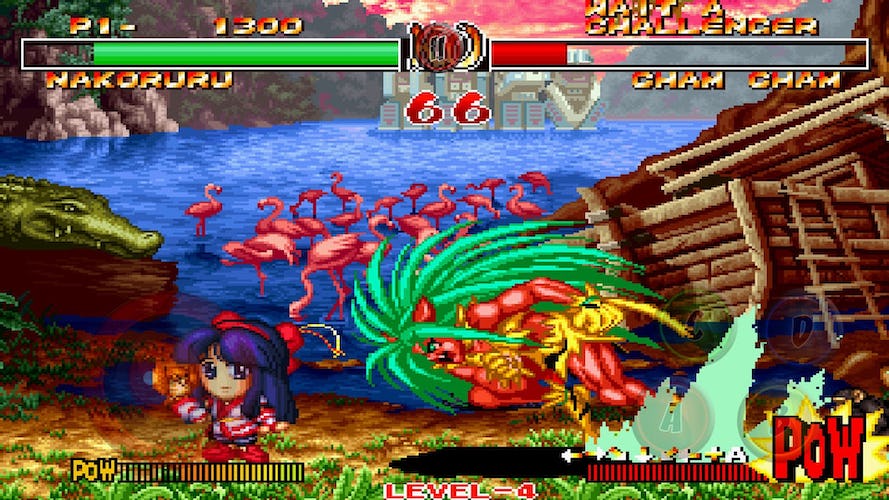 SAMURAI SHODOWN II, the sword-based fighting game masterpiece has finally cut its way to Android devices! Slash the powerful adversaries standing in your path, and put a stop to Mizuki Rashojin's evil ambitions! Features: * The fan favourite installment in SNK's highly acclaimed series! The 2nd episode of the SAMURAI SHODOWN Series is still beloved by fans of the series all across the world. Preserving the charm of the first game, its sequel brings the characters, world, and game system to the next level. * An incredible cast of 15 charismatic master swordmen head to the battlefield in order to fulfill their destiny. Haohmaru, Nakoruru, Ukyo Tachibana, Hanzo Hattori, Jubei Yagyu, and the rest of the 11 original characters return. Genjuro Kibagami, Cham Cham, Neinhalt Sieger, and Nicotine Caffeine come into play to complete the cast as the newcomers! * A new and expanded move list! Disarm your rivals by unleashing a Weapon Smash Attack! Forward Somersault, Backward Flip, Crouch, and even more moves have been added. A Weapon Smash can be performed when your Rage Gauge reaches its MAX! Finesse, or brute force? Let your hidden techniques express your fighting style! * A perfect port of this NEOGEO classic, adding new features for an even better experience! In addition to the original 4 button arcade experience, a 6 button layout and SP button allow you to easily pull off strong slashes and special moves by simply using the Touch Screen!

Download the club app with all great games to play Samurai Shodown II.